Periculum Capital Company, LLC (“Periculum”) is pleased to announce that it has completed the placement of a $240,000,000 three-year Revolving Loan for Central States Enterprises, LLC (“CSE” or the “Company”). The loan contains an expansion feature that allows the Company to increase the facility to a maximum of $365,000,000.

Headquartered in Heathrow, Florida, with significant operations in Indiana and an international trading operation, CSE decided to use Periculum to run its bank financing process rather than go it alone due to ongoing economic uncertainty and the need to provide resolute focus on the process. The Company desired to maintain a multi-year structure that would meet its highly-seasonal working capital needs in a volatile commodity market exacerbated by the 2012 drought and sluggish global economic environment. 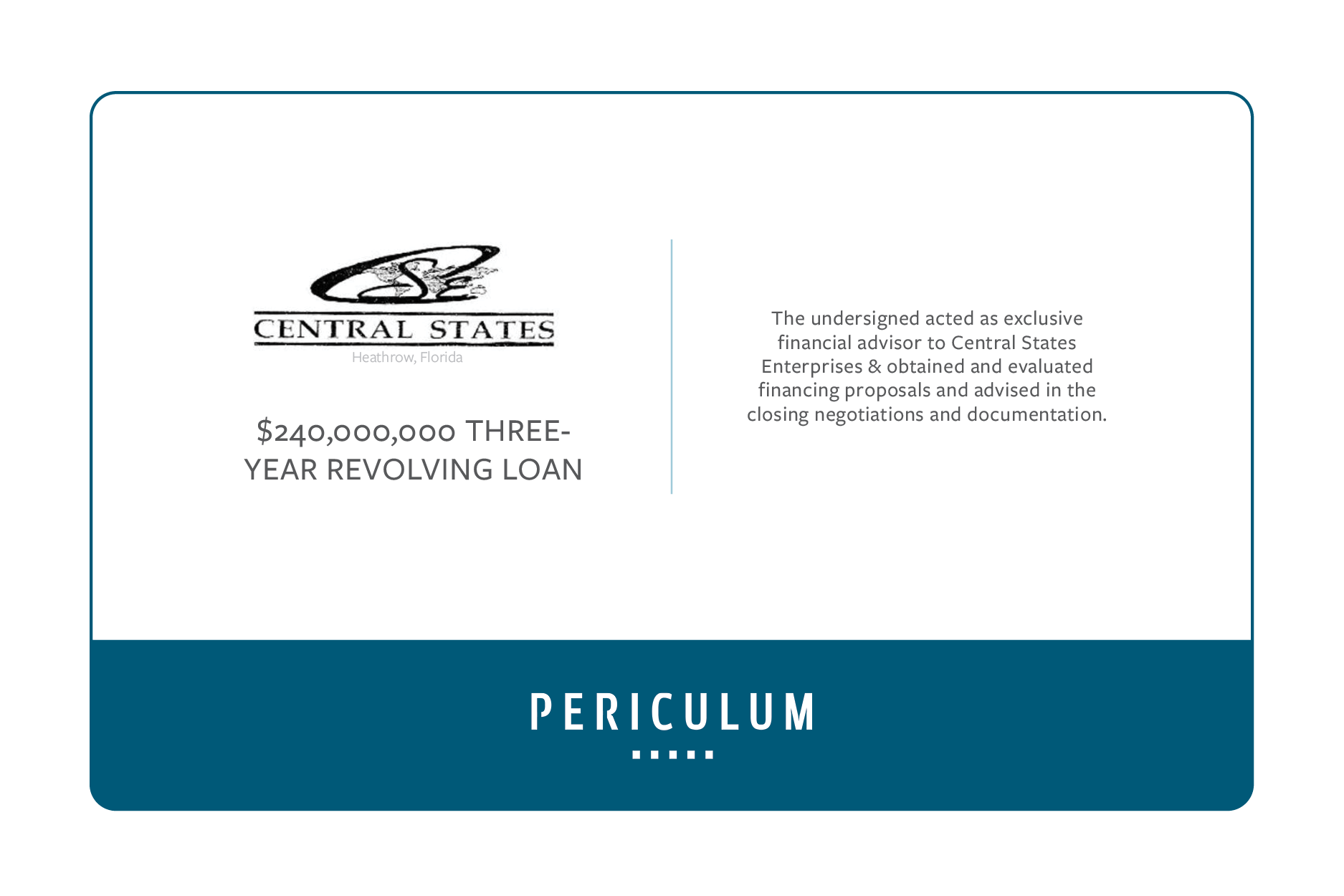 As the Company’s ongoing financial advisor, Periculum used its extensive financing market knowledge and experience to advise the Company on positioning and marketing its story, resulting in a significant over subscription from multiple participant banks and highly competitive market pricing and terms. Periculum’s role included obtaining competitive bank proposals that provided terms suitable to the Company’s needs, working with participant banks, and assisting in the closing negotiations and documentation. As a result of Periculum’s efforts, Central States obtained a three-year revolving facility with an Agent Bank and bank group capable of supporting the Company’s working capital needs and long term growth initiatives.

Securities transactions are performed through and under the supervision of Periculum Capital Markets, LLC. Member FINRA* and SIPC**. Disclosures Form CRS
Check the background of this firm or its investment professionals on FINRA’s BrokerCheck.